Exuma Chamber To Meet At Sandals Exuma, May 6th 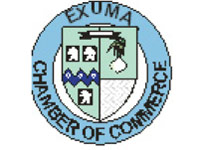 The Chamber of Commerce is calling another meeting of the Exuma Advisory Council for next month, this time at Sandals Emerald Bay, which represents an important “second act” to its inaugural gathering late last year.

Seeking to bolster unity and communication, Pedro Rolle, the President of the Exuma Chamber of Commerce, said that the next event on May 6th, from 10am to 2pm, came about due to a clear demand among stakeholders.

“This is intended to be a thoughtfully chosen, intimate group designed to share plans, concerns and overall ideas about how to move forward and begin to work together for mutually beneficial growth plans in Exuma,” according to Rolle.

“This meeting is the ‘second act’ in fulfilling our potential.”

The first gathering, held at Grand Isle Resort & Spa, was seen by the Chamber as a huge success, attracting a wide cross-section of investors, hoteliers and landowners from both the Bahamas and abroad. The second meeting, at Sandals Emerald Bay, is intended to further galvanize support for a new and improved Exuma Chamber of Commerce.

Rolle said that the Chamber expects an update from the main hoteliers on the island, such as Grand Isle, Sandals, Turquoise Cay and Leaf Cay. In particular, the Chamber has invited a comprehensive presentation by February Point, following numerous reports on its planned expansion in cooperation with government.

Rolle added that he hopes more stakeholders in Exuma step up to the plate, as the business community makes a renewed effort for unity.

“We also plan on discussing the Exuma Advisory Council’s role on the island going forward, and how members can help us grow,” Rolle explained.