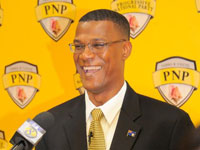 In a statement to the House of Assembly in the Turks and Caicos Islands (TCI) on Thursday, Premier Rufus Ewing accused Britain’s Foreign Secretary William Hague of corruption.

Responding to a strongly worded letter on Tuesday from Hague, which had described Ewing’s speech last month to Caribbean Community (CARICOM) heads of government as a substantial misrepresentation, Ewing said that the release of Hague’s letter just prior to election petition court hearings and before a potential by-election was an attempt by Britain to influence the voters and the courts and is therefore a corrupt act.

Ewing then went on to defend his address to CARICOM. He repeated his position that CARICOM was a key factor in Britain’s recent agreement to shelve the imposition of value added tax in the TCI. However, none of the CARICOM member states or associate members has made any public statement expressing any opinion in relation to the TCI and/or VAT.

Hague had chided Ewing for failing to mention the dire state of the economy coming out of the previous Progressive National Party (PNP) government led by Michael Misick who, Hague pointed out, remains a fugitive from justice.

Ewing said there was no need for him to mention this because “we all know about these events.”

Ewing went on to say that he was sure that many TCI citizens now favour independence.

For the first time, Ewing, who is himself a medical doctor, spoke about the pressing health care issues in the TCI.

Weeks earlier, Ewing had celebrated the idea of the third party use of the hospitals and health care facilities for medical tourism. As these facilities are operated by private contractors funded by the TCI government, media questioning as to who benefits from the practice has been ongoing.

Ewing said he will be making sure that the TCI gets a share of the third party operations of InterHealth Canada, which is are operating the hospitals.

TCI taxpayers are responsible for paying a $120 million mortgage on the two small hospitals, which also includes an excessive 12 percent rate of interest. The National Health Insurance Plan (NHIP), in the creation of which Ewing was reported to have played a central role, is costing the TCI over 40 percent of every tax dollar collected.

On three separate occasions, Ewing has claimed that financial audits of the hospitals were underway but the new InterHealth Canada CEO said that no audits had been started.

Ewing also blamed the downturn in the economy for people losing their jobs and no longer paying 6 percent of their wages into the health plan. 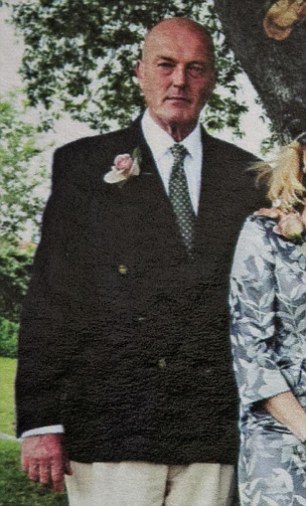