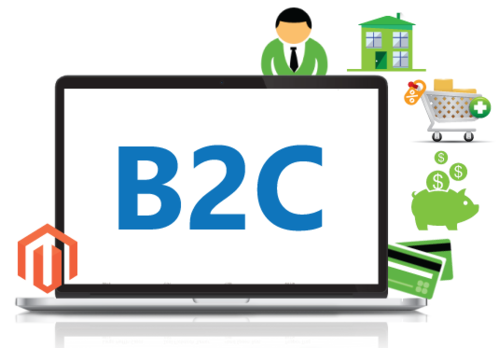 What is B2C e-commerce?

While the term e-commerce refers to all online transactions, B2C stands for “business-to-consumer” and applies to any business or organization that sells its products or services to consumers over the Internet for their own use.

When most people think of B2C e-commerce, they think of Amazon.com, the online bookseller that launched its site in 1995 and quickly took on the nation’s major retailers. However, in addition to online retailers, B2C has grown to include services such as online banking, travel services, online auctions, health information and real estate sites.

What is the difference between B2C and B2B e-commerce?

For one thing, the customers are different — B2B
(business-to-business) customers are other companies while
B2C customers are individuals. Overall, B2B transactions are
more complex and have higher security needs. Beyond that,
there are two big distinctions:

Why was there so much hype surrounding B2C e-commerce?

Mainly because the stock prices of some of the early pure
plays went through the roof. In the late 90s, dotcoms like
Amazon.com and eBay — which were quickly gaining in size and
market capitalization — posed a threat to traditional brick
and mortar businesses. In many ways, these dotcoms seemed to
be rewriting the rules of business — they had the customers
without the expenses of maintaining physical stores, little
inventory, unlimited access to capital and little concern
about actual earnings. The idea was to get big fast and
worry about profits later. By late 1999, Amazon had a market
capitalization of close to $25 billion, eclipsing some of
the largest and most established companies in America.

Retail giants such as Kmart and Wal-mart — hoping to cash in
on the dotcom frenzy — spun off separate companies to run
their e-commerce operations. But many never made it to the
initial public offering after the Nasdaq started to tumble
in the spring of 2000. Almost as quickly as the dotcom
phenomenon took over, the hype over B2C e-commerce
dissipated along with the crumbling Nasdaq. Funding for
Internet ventures started to dry up and major companies
started to reel in their spinoffs, bringing e-commerce
initiatives back under the corporate fold.

Is B2C commerce really dead? With so many dotcoms dying,
is it worthwhile to move ahead with B2C e-commerce?

B2C e-commerce may be ailing, but it isn’t dead. In fact,
the North American online retail market is expected to grow
45 percent in 2001 to $65 billion, according to a joint
study conducted by the industry group Shop.org and the
Boston Consulting Group. And Forrester Research predicts
that B2C e-commerce in the United States will grow from
$38.8 billion in 2000 to $184.5 billion in 2004.

It’s true that 2001 has seen a lot of dotcom carnage. As of
June, 330 dotcoms had closed their doors since the start of
the year. At the same time, brick and mortar retailers are
attracting more online visitors and profiting from
multichannel strategies in which they promote their websites
in stores and advertise in-store promotions on their
websites.

So yes, it’s still worthwhile to go ahead with B2C
e-commerce. Just make sure you have a business plan that
includes profitability not too far down the road.

How should companies organize their B2C initiative?

In the early days, e-commerce initiatives were often led by
groups that were separate from the main IT department. The
extreme example of this kind of separation was the spinoff
model, in which stand-alone Web units were created thousands
of miles from company headquarters with entirely new staffs.
In these cases, IT leaders at the home office often had
little to do with the B2C projects. Increasingly, e-business
departments are coming back under the corporate umbrella and
CIOs are often in charge.

What are the major challenges of B2C e-commerce?

What is channel conflict and how can I avoid it?

Channel conflict, or disintermediation, occurs when a
manufacturer or service provider bypasses a reseller or
salesperson and starts selling directly to the customer.
Some sectors, including the PC and automobile industries,
are particularly vulnerable, as are service industries such
as insurance and travel. Levis, for example, pulled its
website after its resellers protested. And in the fall of
1999, General Motors tried to buy back 700 franchises and
sell cars direct -mostly to build out a possible Internet
channel. But the plan backfired, upsetting dealers and
prompting discussions with GM.

Now, some that struggled with channel conflict are finding
ways to approach e-commerce without upsetting their
salespeople. For example, big car companies and
manufacturers such as Maytag are setting up websites that
allow customers to decide what they want before being
redirected to a local dealer.

Can I make a profit through B2C e-commerce?

Very few pure-play Internet companies have posted profits so
far. Web-based retailers have improved their profitability
levels but still incur operating losses at an average rate
of 94 percent of revenues, according to the Boston
Consulting Group/Shop.org survey. As a group, online
retailers generated operating losses of $5.6 billion in
2000, the survey said.

eBay has been one of the only pure plays to report profits
using generally accepted accounting principals (GAAP).
Several online companies, including travel sites Travelocity
and Expedia, have reported pro forma profits. When they say
“pro forma” they are referring to their operating results,
but are not taking into account one-time charges for layoffs
and restructuring charges, bad investments and acquisition
costs. Priceline.com, the name-your-own-price travel
service, surprised some by reporting a net profit (using
GAAP) of $2.8 million, or a penny a share, for the second
quarter of 2001, compared with a loss of $11.7 million a
year earlier.

Yes. According to a survey done by the Privacy Leadership
Initiative, 82 percent of consumers were paying attention to
online privacy statements in April 2001, and that number was
rising. Customers may not read the fine print, but they are
reassured by the presence of a privacy statement. If you’re
not sure where to begin, visit the online arm of the
Better Business Bureau
or the non-profit group
TRUSTe. Both organizations offer privacy seal programs.
Even if you choose not to join, you can learn about the
kinds of precautions you should take and how to explain them
to your customers. Once you establish a privacy policy,
though, make sure you follow it, or you’ll be putting your
company at risk for lawsuits and bad press.

Do I have to worry about Internet taxation?

The Internet Tax Freedom Act of 1998, which put a three-year
moratorium on Internet taxation, is set to expire in
October. Since its passage, Internet sales have been handled
in the same way as catalog and telephone sales — if the
retailer has a store in the purchaser’s state, a sales tax
is supposed to be added to the bill. The Supreme Court has
ruled that companies cannot be required to collect taxes in
states where they have no physical presence. Legislation has
been filed in Congress to extend the Internet tax
moratorium. 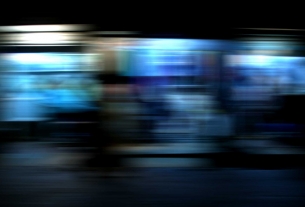