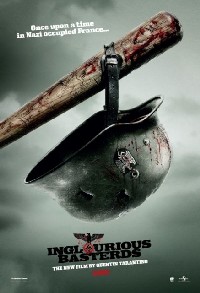 He’s an icon, a legend, a cinematic guru — the definitive writer-director that deftly defines his generation while aggressively inspiring the one that follows. He leaves movie-goers perplexed — confused — scratching their heads as if they paid admission to see a question mark.

And his new film? Inglorious Basterds?

Don’t believe me? Go see it.

But don’t bring your kids.

Or your parents. Or your grandparents. Or anyone squeamish when it comes to blood, scalping, skin-branding with a blade or sitting for almost three hours. This movie is brutal.

Inglorious Basterds is Tarantino’s latest visual symphony — his magnum opus — an elaborately-fictional fantasy that makes Kill Bill look like a late night re-run of La Femme Nakita. Brad Pitt is at his smoldering best as Aldo “The Apache” Raine, a straight-to-the-point Tennessee lieutenant hell-bent on killing and collecting the scalps of Nazi soldiers. “I’m in the killin’ Notzi bin’iss,” Pitt delivers in a Slingblade-like Southern drawl. “And bin’iss is-a boomin’.”

Joining him in his recession-proof crusade is his crew of “Basterds”– a small band of wildly savage Jewish-American soldiers. Like Donny Donowitz (Eli Roth), better known as “The Bear Jew”: a scowling slab of Hebrew muscle that uses Nazi skulls as tee-balls. Or Hugo Stiglitz (Til Schweiger): a former German soldier that went postal on his commanding officers. To juxtapose the story of the “Basterds”, Tarantino weaves together an emotional subplot surrounding Shosanna Dryfus (Melanie Laurent), a Jewish refugee that survives the heinous massacre of her family. Her assumed life is turned upside down when the cinema she operates is ordered to play host to Hitler and his regime — including Col. Hanz Landa (Cristoph Waltz), the man who murdered her family — for the premiere of a Nazi propaganda film

As a director, Quentin Tarantino reminds me of a modern-day Orson Welles –a creative mad man — displaying fundamentally-sound film techniques while refusing to shy away from the story, the suspense, the discomfort and the violence that makes everyone in the audience cringe in their seat, refusing to look away.

As a writer, Tarantino’s script is a pitch-perfect, big-budget, summer-blockbuster that reads like a art-house/comic book film. He has an innate ability of introducing characters in such an exciting way that you almost forget about the storyline. So if you’re expecting to see flat characters and overtly revealing dialogue and happy endings, then don’t see this movie.

You’ll criticize the lengthy stretches of dialogue and the not-so-factual storyline. You look for answers and explanations and all you’ll find is more questions and a headache.

Had Quentin Tarantino been a foreign director — or had he made films during Hollywood’s Golden Era — he’d be revered as a pioneer, a innovative genius, America’s version of Federico Fellini. With his newest film, Tarantino proves to be the most entertaining writer-director of his time, the best Return-on-Investment filmmaker money can buy.

And Inglorious Basterds is worth every… single… penny. 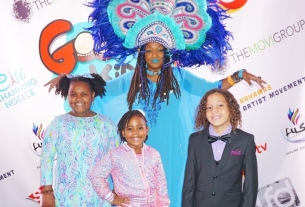 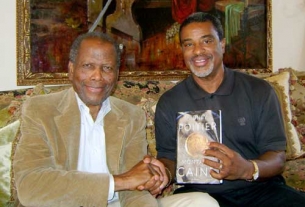