Prime Minister Hubert Ingraham, has decided to release ALL Haitians in the Immigration Detention Center on Carmichael Road. He has also suspended the apprehension of Haitians coming to our shores at this time. So much for all of Bran McCartney’s hard work. But it is the right thing to do.

This wasn’t just a goodwill gesture on Mr Ingraham’s part. I think it came as a response to widespread criticism on Facebook and other Internet sites that The Bahamas was not showing even a fraction of the compassion of neighboring Caribbean countries in responding to this terrible tragedy.

While virtually every newspaper in the world had headlines showing concern and compassion, the headlines of the two major newspapers in The Bahamas were focused on potential immigration concerns that an influx of Haitians might come to The Bahamas as a result of the quake.

It was embarassing and shameful.

Bahamian cultural expert Dr. Nicolette Bethel posted this comment in an excellent critique that addressed our national shortcomings on the issue:

“O Christian Bahamas, where’s the Christ in us?

“I hardly know how to write about the Haitian earthquake. The situation is worse than any possible imagining. And what is worst for me is this: our Caribbean brethren in Jamaica, Barbados, and Trinidad and Tobago are demonstrating far more compassion than we seem to be doing…

“Wake up, Bahamas. Ours is a country that has been built — for the last thirty years literally, but for all our history in many many ways — on the strength, sweat and hard work of our Haitian brethren.”

“It really and truly is a sad thing to see the hatred and ignorance displayed by some of my fellow Bahamians in light of this tragedy. All I can wish for is that more Bahamians will come to the realization that we are a blessed nation, in terms of our economy and our political stability; and that they will take the time to stop pointing fingers and instead lend a hand to help those less fortunate than themselves.”

It is nice to see Mr Ingraham and The Bahamas displaying the compassion that we need to show to our neighbors in their hour of need, even it was a bit delayed. 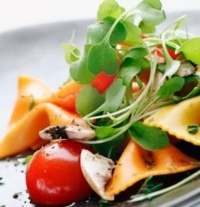 Almost Time To ‘Fall Back’

The Proverbial Free Lunch… It Exists!

What’s Happening in The Bahamas This Week