I have rarely seen so many comments on a single topic as I have on the debate on Facebook regarding the funding of Bahamian artists. The thread started with a note by (I think) the talented Believe Glynatsis regarding the $35,000 the Ministry of Tourism spent promoting The Bahamas in a little booklet tucked into the latest Mariah Carey CD.

“The bahamas spending over $35,000 on Mariah Careys album .. just so she can mention the Bahamas in it! Okay fine .. but how about putting some of that money and marketing into a Sammi Star – Tada – Ronnie Buttler – Sosa Man or Mdeez .. even NCity.”

The criticism was expanded to include the $300,000 spent on U.K. filmmakers who were flown to The Bahamas for a contest involving promotional videos for release in the U.K..

“How about the Bahamas spending $300,000 on a promotion to bring in European Film makers in for a competition .. but yet they dont want to give Bahamian Film makers equal opportunity.”

No doubt the Bahamas government should be financing the arts, and I think they do. The NAGB, for example, is money well spent.

Bahamian artists, filmmakers and musicians are angry that more money is not being spent promoting local talent. I understand their frustrations but I do not agree with all of the comments.

I love The Bahamas and personally know many of the talented artists and performers in this nation. I honestly think, and have said many times, that The Bahamas may have a higher percentage of creative talent than anywhere else I have been. But to compare the talent or mass market appeal of anyone in The Bahamas with Mariah Carey is getting a little big-headed. Unless you are talking about Lenny. 🙂

Ms Carey is one of the most gifted performers of our time. All the big name recording artists I have met in recent years – and that has been many – have tremendous respect for her talent. She is known throughout the world and her “draw” is nearly unrivaled. There is no way that the Bahamas Ministry of Tourism could have gotten the same amount of “bang” for their promotional buck by throwing money at any Bahamian artist.

Now, that comment may annoy many Bahamian artists, especially the young ones who think they “deserve” their chance at fame. But I think it’s time for many of these folks to start thinking more realistically. You don’t “deserve” respect, you earn respect. You don’t demand it or legislate it. You may be a very talented individual but until you can command a million dollar purse for a performance, and until you win a few Grammy’s, I don’t think you have the right to compare yourself with one of the world’s greatest recording stars. That’d be like saying that some young Bahamian basketball player at the Hugh Campbell gym should be headlining the Lakers, instead of Koby. Sorry, but as hard as it may be for you to accept, you are just not “there”.

And while Facebook is full of great little videos produced by talented Bahamians, I haven’t seen one yet that even comes close to rivaling the work being done by some of the most talented young filmmakers in the U.S. or U.K..

Again, I know that many Bahamians will disagree, but I have been involved in the creative arts for over 40 years and have had the pleasure of working with some of the most talented people in the industry. I am sorry to tell you that they ARE more talented and they have earned their elevated position in the industry, through talent AND hard work. And they didn’t achieve their success overnight.

Groups of Bahamian artists getting together to pat one another on the back, show off each other’s work and brag about how great they are, doesn’t cut it in the real world. Nor does giving each other awards and demanding recognition and accolades.

Too many young Bahamians have been denied the opportunity to live abroad and experience the jaw-dropping talent that exists in other countries, places where there is a much larger population and, thus, a larger talent pool, in a much more competitive environment. People from those countries are tougher competitors and probably better at what they do, because they have to be in order to survive.

You can find exceptionally talented performers playing in back alley bars in New York for $300 per night. People whose talent might dwarfs anybody’s in Bahamian history, yet these people haven’t made it because they are competing against even more talented people.

It reminds me of the story of a young photographer from the Midwest United States who had achieved the pinnacle of success in the local photo industry and thought it was time he moved to New York to make a name for himself in the biggest, baddest photo market on earth.

His first sales appointment was with an Art Director from Young & Rubicam, at the time the largest advertising agency in the world.

Just like there is no compelling reason for the Ministry of Tourism to spend $35,000 on a promotion with a local artist, when they have available, and within their budget, Mariah Carey. Actually, the promotion with Ms Carey was money well spent.

So, the next time a young Bahamian artist feels slighted, they must remember that it isn’t about foreign vs. Bahamian, it isn’t just about raw talent, it is also about paying your dues in an industry, marketing muscle, earning respect and working hard. The fact is, if you are not where you think you should be, you may not have, yet, convinced your prospective audience that you deserve the spot in the industry that you covet. Yeah, that’s right… covet, and as any good Christian knows, to covet thy neighbors goods (or position in life) is not healthy – in fact it’s a sin.

Work hard, pay your dues, earn the respect you so desperately desire and you will achieve greatness in your field. But only if you really have what it takes. If you do, then dedication and perseverance will usually be the recipe for success. Stop whining and get back to work. As Craig Gibson says at the close of every episode of BahamasB2B’s ‘On Tha Blocks‘, “ain’t nobody gonna do it for you, ya gotta do it yourself”. 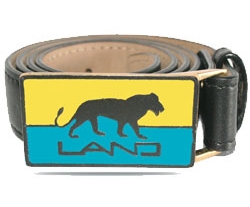