At least eleven more Haitians died trying to get to the United States from The Bahamas last weekend.

The Haitians were part of a larger group who had allegedly each paid a Bahamian $5,000 to smuggle them to the land of milk and honey.

But the Bahamian boat captain, motivated by money, grossly overloaded the boat, which capsized and at least 11 people, including children, drowned.

Are you concerned about people smuggling in The Bahamas?  Let us know what you think in the commments.

“The captain’s greed caused him to overload a boat designed to hold eight people with more than 25. It was incrediby overloaded,” Lloyd told a local newspaper.

Essentially, it was a case of mass homicide by Bahamians.

The boat captain is just one of a number of Bahamians who have been involved in this illegal activity for years.

Nobody, for even a minute, thinks the Bahamas government is involved in people smuggling. But some believe there is the possibility that certain government officials may be involved.

People have hinted that employees at the Ministry of Immigration, Defence Force officers, policemen and politicians may be part of this scheme.

U.S. officials have allegedly gone so far as to identify certain prominent members of Bahamian society as being involved in people smuggling, but the Americans are apparently unable to prosecute because the individuals involved are being protected here in The Bahamas.

Every time an incident like this occurs there is much wailing and gnashing of teeth, but little is actually done to stop the illegal activity.

There were survivors of this most recent incident in Abaco. Survivors who may be able to identify the Bahamians who helped facilitate the smuggling operation.

Not too long ago, we winessed hundreds of Bahamians verbally attack a novice reporter by the name of Nellie Day for something as minor as saying that some Bahamians live in straw huts.  What a silly thing to say, and an even sillier reason to get enraged.  Where is the outrage over this recent atrocity involving the deaths of these Haitians?

Are you outraged?  What are your feelings?  Let us know in the comments.

The Best of Everything For 2009 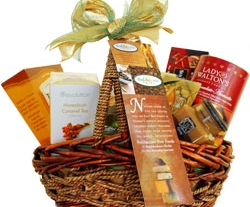 14 thoughts on “Boatloads of Grief: People Smuggling in The Bahamas”