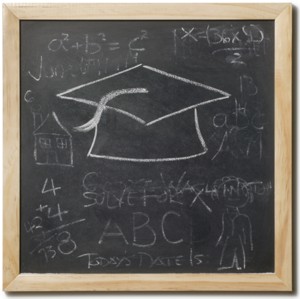 Education in The Bahamas is in a terrible state.

The website for the Ministry of Education was quick to put up a picture of the new Minister for Education, Jerome Fitzgerald. But almost no other area of the site has been updated for years.

Oh, and an error message pops up on nearly every page that one visits.

The amateurish, poorly designed, poorly constructed website says volumes about why education in The Bahamas is failing.

The people in charge have their priorities wrong.

Over the past thirty-odd years, there have been numerous studies, committees, commissions, reports, etc., on the problems in the Bahamian education system.  Many of these efforts have reached similar conclusions and, it seems, most have been ignored.

However, one doesn’t need to read any of the many damning reports on education in The Bahamas, or even finish reading this blog article to realize what’s wrong with Bahamian education… paralysis by analysis!

Now, the PLP has confirmed their promise to double the amount of money spent on education in The Bahamas.

But there is no need to do so.  What is really needed is to use the funds being currently spent more wisely… much more wisely.

Many Bahamians believe that a major problem with public education today is a lack of focus on results. Students aren’t expected to meet high standards and the process of education takes precedence over analyzing education results in policy-making circles.

Another school of thought, put forth by Mr Fitzgerald, talks about the need to change what we teach and how we teach it, to better position our kids for competition in the real world.

In a recent Punch column, Nicki Kelly elaborates on this, pointing out that students are being educated to prepare them for university when, in reality, almost 90 percent of the students will forego college and enter the job market immediately after leaving high school. And they will do so without any real marketable skills.  She suggests that supplementing academics with vocational training may be more productive.

Back in 2007, in an article entitled “The Problems of Bahamian Education“, blogger/columnist Larry Smith wrote:

“This year alone the government will spend $265 million on scores of public schools (and the College of the Bahamas) to educate more than 50,000 students. Yet experts say this massive investment is producing a growing underclass of functional illiterates who are virtually unemployable.  Smith wrote:

“That’s the startling verdict that is consistent with the research commissioned by a respected private sector group called the Coalition for Education Reform. This alliance of key labour and business leaders has been calling for dramatic education reforms over the past three years, but public officials don’t seem to be listening.”

By the way, the Coalition, whose initiative was triggered by the crippling shortage of qualified Bahamians to fill jobs, issued their first (22-page) report in 2005. But Coalition leaders – including Barrie Farrington of Kerzner International and the late hotel union president Pat Bain – were unsuccessful in efforts to meet with government ministers and officials to discuss their findings.

“Today there is a large ‘education’ bureaucracy, a strong union and inflexible laws that govern employment. The bureaucracy, union and the politicians must be convinced that their long-term self-interest can be best served by their support of this great endeavor; and they with the broader community must take the necessary steps to make it happen.

“Somehow the country must awaken to the need to make hard decisions. Failure to do so means lower economic growth and increased social instability.”

Mr Massey proffered reasons why politicians fail to make the changes necessary in educational reform.  Understanding that Bahamians aren’t fond of criticsm, he started by saying:

“The purpose of this study is to confront a reality and raise an issue that may make all Bahamians uncomfortable simply because it is considered to be an unsolicited criticism of Bahamian life.

“Nevertheless, this Study addresses the present state of ‘Educational Achievement’ in the Bahamas with the hope of raising awareness and producing a public consensus that will support change because substantive and constructive change is so needed.”

Mr Massey’s report was apparently ignored by the powers that be.

Even before the coalition was formed, the late great Dr. Keva Bethel wrote a comprehensive report on “Educational Reform in The Bahamas“.

In 1972, the Ministry of Education published “Focus on the Future“, its White Paper on Education, in which were outlined the plans for the development of education in an independent Bahamas.

This was right before Lynden Pindling initiated what some call the “dumbing down of Bahamians”.

In 1974, there was the “Maraj Report” prepared by a review team headed by Dr. James Maraj, the then Assistant Commonwealth Secretary General. The team brought together representatives from universities in the West Indies, the United Kingdom and Canada and the group’s mandate was to review progress made to date in the implementation of the provisions of the White Paper on Education. The recommendations of the report were comprehensive but beaurocracy prevented many of the recommendations from ever being enacted.

In the early 1980s, the World Bank undertook a preliminary study as preparation for a major project designed to strengthen technical and vocational education in the country.  Dr Bethel described the futility of that effort:

“The impetus provided, however, proved difficult to sustain in all areas and the need for renewed attention to this aspect of education continued throughout the period. Further, initiatives taken to improve the planning and statistical functions of the Ministry – important to support this and other forms of educational development – resulted in few substantive changes.”

So, here we are thirty years later, with no significant progress having been made and Ms Kelly in the Punch calling for the same improvements.

In the mid-1980s, UNESCO provided the Commonwealth of The Bahamas with a sector review that emphasized the need for greater coordination among external projects and avoidance of duplication of efforts.

Studies were conducted also at the local level. Two national task forces were set up in 1981, one to examine matters pertaining to teacher education and the other to study issues related to examinations. Further, during the 1980s, the annual national education conferences were revived and during those events new policy directions were articulated by successive Ministers of Education.

Again, no significant improvements in educational reform were realized.

There were also two additional studies, conducted by researchers at The College of The Bahamas in the early 1980s, focused on the decline of qualified teachers.

Then, there was the Task Force established in 1981 to study issues related to the training of Bahamian teachers.

Yet, we still have hordes of unqualified teachers and, more disturbing, far too many instances of sexual abuse from perverted teachers.

The sector report prepared by UNESCO in 1986, also noted that the quality and relevance of programs offered had not always been “in sufficient harmony with the needs of a rapidly changing society”.

The National Task Force on Education discovered, in 1993, that the curriculum guidelines developed by the Ministry of Education in 1985 had still not been implemented. And that there were numerous so-called “preschools” with operators who were frequently persons of limited or no training.

In 1994, the Task Force on Education, after having both analyzed available documentary material and conducted widespread consultations with significant groups of individuals and with members of the general public throughout the islands, recommended more meaningfully involvement of communities in the educational system that served them.

That went nowhere as Dr Bethel describes in her report:

“Despite these varied efforts made to improve Bahamian public primary education, dissatisfaction continued to persist concerning the actual levels of achievement of students, especially in the core subjects of Language Arts and Mathematics.”

The Task Force also found that the performance of public school students in both the 3rd and 6th grade GLAT (Grade Level Assessment Test) was significantly lower than that of independent school counterparts.

“Education is truly the great equalizer but, if the stakeholders in education do not have an appreciation for or a grasp of 20th century professor Emile Durkheim’s sociology of education, we should expect to produce illiterate and mathematically-challenged graduates who can barely take menial jobs and to see more years of failing grades.

“Frankly, many students fail the national exams because they simply cannot read! This must be corrected from the elementary level on up to senior high (even college) with an increased focus on reading comprehension in a child’s formative years.”

Also, in 2009, Dr Ken Knowles wrote a letter that was published in the Tribune titled, “Bahamas education – it is not acceptable”:

“The National Education Summit demonstrated once again how we Bahamians love to fool ourselves into complacency. We actually believe our own propaganda that wonderful things are being achieved by our public education system.  Until we call a spade a shovel, very little is likely to change and all too many of our little darlings will remain semi-literate & semi-numerate.

“After 36 years of independence we should be ashamed of ourselves & not congratulating ourselves in self-denial.  We must face the fact that a serious problem exists in our system as only then can a solution be found & implemented successfully.”

So, here’s the prescription for educational reform:

1.  First, we need to admit that education in The Bahamas is all but a total failure, despite the hundreds of millions, maybe billions, of dollars that have been spent over the years.

2.  We need to reinvent the educational system from the ground up, not just throw more good money after the bad.

3.  We need to make sure that Perry Christie and Jerome Fitzgerald do not waste any more of our time or money on commissions, committees or reports.

Instead, they both need to read the many, many reports and findings that have come before them, and start implementing some of the recommendations that have been ignored for decades.

What we need here, is a little less talk and a little more action, please.

Have ideas on how to make education better in The Bahamas?

Tell us about them below. 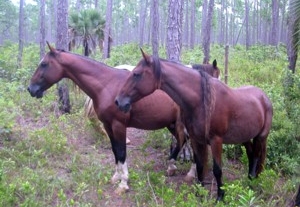 All We Are Saying Is Give PC A Chance

31 thoughts on “Education in The Bahamas: Ignorance Is Not Bliss”