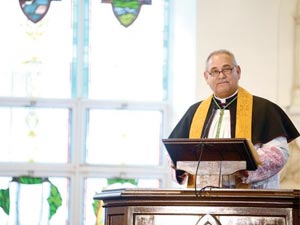 Anglican Archdeacon Keith Cartwright said the government, law enforcement agencies, the judiciary and the church are “hopelessly paralyzed” in the fight against crime as Bahamians are being “mercilessly gunned downed like dogs”.
“We all seem to be aimlessly floating and meandering in this river of blood,” said Cartwright in his sermon for the Anglican Church’s Patronal Festival at Christ Church Cathedral.
“We seem to be drowning in this well of violence and crime.” Cartwright said there is a complete disregard for the sanctity of human life in The Bahamas. “Human beings, God’s sacred creation, are being mercilessly gunned downed like dogs, as our streets and possessions.”
Cartwright said there can be no substitute for Christian values and no number of police cars, police officers, magistrates or prison cells can stem the tide of blood.
“Our situation is a national crisis, and we need urgent and focused attention to these challenges,” he said.
“The blame game has to stop.
“Crime is not a PLP problem. It is not an FNM problem. It is our problem.
“A national task force on crime is needed, with all major stakeholders, to properly coordinate all our efforts in the fight against crime and violence.”
Cartwright said, “We need to take our communities back.” “What is the church doing?” he asked. “There are churches on every corner, but the church is sadly lacking in our communities.” Cartwright said the country needs action, not talk. “The people are tired of the smooth, diplomatic games of our politicians and church leaders,” he said. “There is too much talk and speeches and precious little action. “We need straightforward men who are going to call a spade a spade.”
In May, Bahamas Christian Council President Rev. Dr. Ranford Patterson admitted that the church had “dropped the ball” in the fight against crime and pledged to mount a more sustained assault against criminality.
According to figures provided by Minister of National Security Dr. Bernard Nottage in the House of Assembly last week, crime throughout the country was down by 10 percent between January 1 and June 11, 2013.
Nottage said while crime is trending downwards, the government remains concerned.
He said he has directed the commodore of the Royal Bahamas Defence Force (RBDF) to deploy up to 150 officers to assist the police force in fighting crime.
During debate on the 2013/2014 budget, Prime Minister Perry Christie promised to increase the number of police cars and police officers in response to the high level of violent crime.
Travis Cartwright-Carroll
The Nassau Guardian 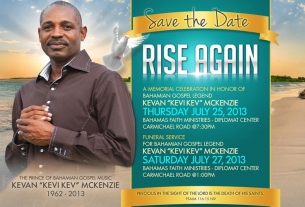