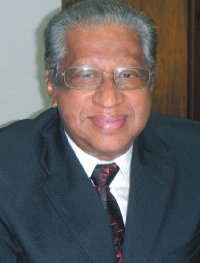 The Bahamas is alive with writers, authors and poets.

Writers, Poets and Authors of The Bahamas

K. Alison Albury is a born Bahamian, having lived and worked in Nassau most of her life. She was educated in the United States where she earned a Bachelor’s Degree in Business. Upon returning to Nassau, she worked with several prestigious corporations during her career.

Alison brings her organization and precision to the pages of her true book about life on a small island in the Central Bahamas where, accompanied by her husband, Peter, she spent a sabbatical of five years from the corporate world.

Books by K. Alison Albury:
Life on a Rock

Books by Cliff Bacchus M.D.:
Do No Harm

Born in Pinder’s Point, Grand Bahama, Velyn Cooper attended Lewis Yard Primary School before graduating from Hawksbill High School in 1977. She then went on to graduate from Marygrove College in Detroit, Michigan in 1988. Velyn is presently the Teacher/Librarian at
St. Georges High School.

Books by Velyn Cooper:
Biblical Journeys
What Does the Bible Say About…

Shawn T. Gardiner has been writing for years, ever since he was seventeen, when he started to pen his short stories called “Choices Unseen”. This born again Christian is multi-talented as he is also an avid musician and music producer in addition to his writing prowess. His passion for a good story motivated him to write novels of which he never sought to publish until now. “Every time I write, I always pictured myself getting ready to settle in and watch a good movie unfold, I just think its now time to share my stories.” He says. He loves all genres but has always leaned more towards religious adventures, stories of great triumph, murder mysteries, suspense thrillers, and of course fantasy. The Life Star, a fantasy series of epic stories that happened on the mystical planet of Willow Debulus, is the first introduction into Shawn’s writing world of a vivid imagination and a style all his own.

Shawn is a native of The Bahamas, from Freeport, Grand Bahama, where he lives with his lovely wife Cassandra and three children, Ashton, Savannah, and Cierra.

Books by Shawn T. Gardiner:
Vessel Of The Light

Carole Hughes was born in England, but is now a citizen of the Bahamas, where she lived for over 28 years. She has published two books, the first of which was chosen as the Bahamas’ Minister of Education’s Book Club choice in November 2004, and is widely used in schools throughout the Bahamas.

Carol has been a teacher for over thirty years and has published many articles in both local and foreign newspapers and magazines. She is a member in good standing of The International Women’s Writing Guild (IWWG). She presently lives in Virginia Beach, Va.

Books by Carole Hughes:
Who Let The Dog Out?

Victoria writes as Victoria Braham Sarne. She has published five books of poetry, all currently available and is working on a sixth. Some of her books contain her own original photographs and sketches. She has also been published several times in the University of the West Indies annual Literary Journal. She is currently in the process of writing a novel and an autobiography.

Victoria was born and educated in London, England and has lived in Toronto, Canada and for the past 19 years in the Caribbean on the islands of St. Kitts & Nevis, Barbados and The Bahamas where she now resides.

A Bahamian born in 1980, John Thompson has had a passion for the natural world that was instilled at a young age by parents with marine science backgrounds. Since early childhood, he has studied, drawn and painted the wonders of the natural world around him. He lives in Nassau, where he divides his time between painting and catering.

Books by John Thompson:
Islands of the Sun

Writers, Poets, Authors of The Bahamas

Are you a Bahamian author, writer, poet or publisher? We’d like to feature your work on our Bahamas Books pages. Contact us and we will have our Book Channel editor get back to you. 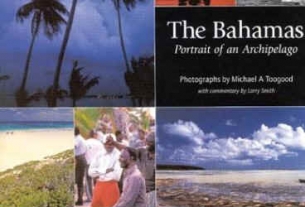 Portrait of an Archipelago 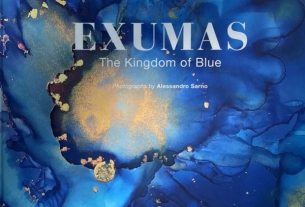 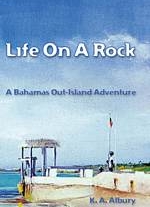 Life on a Rock