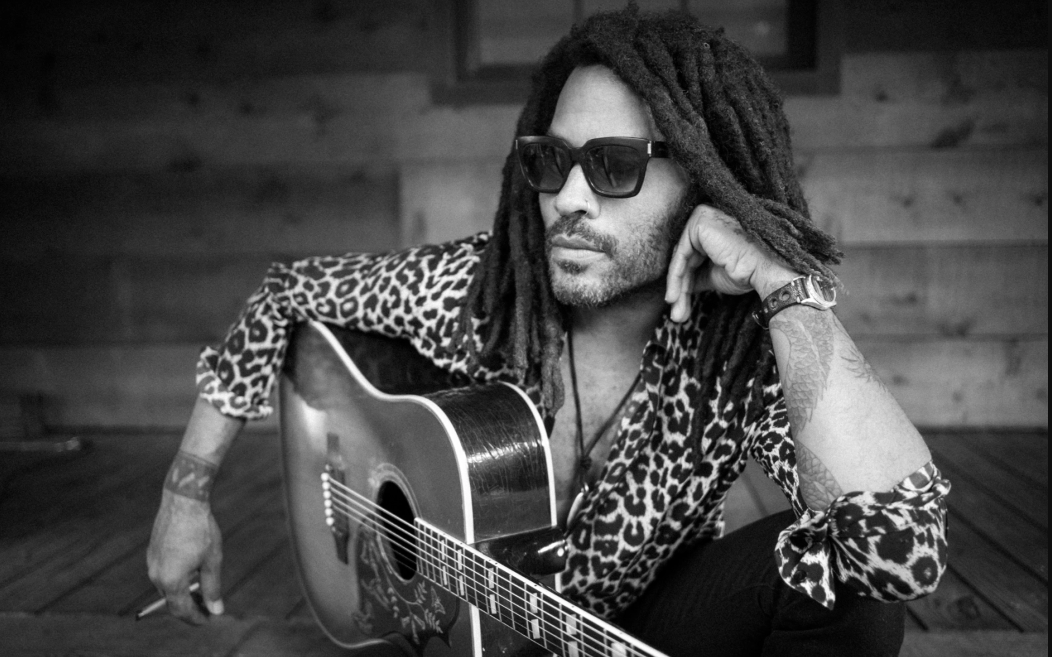 Leonard Albert Kravitz was born in New York City on May 26th, 1964.  He was the only child of NBC television news producer Sy Kravitz and actress Roxie Roker.  Kravitz’s father was of Russian Jewish descent and his mother was Bahamian/American.  Kravitz would later express his great appreciation for his Bahamian ancestry.

Kravitz spent his early years between Manhattan and Brooklyn with his parents and grandmother. His elementary school years were spent at P.S.6, a public elementary school in the Upper East Side of Manhattan, and later he attended Beverly Hills high School.

At age 3, Kravitz’s love for music was recognized, when he began banging on pots and pans as if they were drums.  At age 5 he began playing the drums and soon added guitar.  Later on, he would teach himself to play the piano and bass.  Kravitz noted that his parents always supported the fact that he loved music.  He grew up listening to a wide selection of music that his parents enjoyed: R&B, Jazz, Classical, Opera, Gospel and Blues.   Around age seven, he saw The Jackson’s perform at Madison Square Garden and decided they were his favorite performers.  In 1974, he joined the California Boys Choir, when he and his mother relocated to Los Angeles, after she landed a role in the hit tv show, ‘The Jeffersons’.

Lenny Kravitz was introduced to Rock music while in Los Angeles.  Some of his musical influences were The Beatles, The Rolling Stones, Led Zeplin, Aerosmith etc.  He stated that he was attracted to the cool style, the girls, and the Rock ‘n’ roll lifestyle.

Kravitz is a singer-songwriter, record producer, multi-instrumentalist, and actor.  His music style draws from elements of rock, soul, R&B, Blues, Jazz, Funk, Reggae, Hard Rock, Pop, Folk and Psychedelic.  He struggled with record labels telling him his music wasn’t ‘black enough’ or ‘white enough’, so he decided to record an album on his own under the name of Romeo Blue.

For four years in a row Lenny Kravitz won the Grammy Award for Best Male Rock Vocal Performance between the years of 1999 to 2002.  He broke the record for most wins in that category and set the record for most consecutive wins in one category by a male.  He has been nominated and won other awards, including: The American Music Awards, The Radio Music Awards, The MTV Video Music Awards and Blockbuster Entertainment Awards.   His music is revered by millions around the world.  His hit singles and Billboard hits include songs like, “It Ain’t Over ‘til It’s over”, “Again”, “Let Love Rule”, “Always On The run”, “Are You Gonna Go My Way”, “Fly Away” and “American Woman”.   The Rock ‘N’ Roll singer was ranked at No. 93 on VH1’s ‘100 Greatest Artists of Hard Rock’ and has sold over 40 million albums worldwide; in 2011 he was made an Officer of the Ordre des Arts et Lettres.

In 1985, Kravitz met actress Lisa Bonet at a New Edition concert in California.  They started a relationship after being friends for two years and eloped in Las Vegas on her birthday, November 16th in 1987.  The couple had a daughter but divorced amicably, just under a decade later, in 1993.

Kravitz made his feature film acting debut in the movie, ‘Precious’ in 2009.  He went on to secure a role in the FX Television show, ‘Better Things’ in 2016 playing the part of Mel Trueblood.  In 2017 he landed a spot on the Fox Television series, ‘Star’ playing the role of Roland Crane. This was his first recurring television role, and in June of 2010, Kravitz was set to guest star on an episode of ‘Entourage’.

In 2003, Kravitz Design Inc. was founded.  The New York City-based company focuses on commercial, residential and product creative designs.  A collection of modern retro furniture and decor.  He has collaborated with Flavor Paper Wallpaper on a project called ‘The Tropicalismo Collection’, a line inspired by Brazil’s Tropicalia art movement of the late 1960s.  I would certainly say that Kravitz’s home decor designs are reminiscent of his personal, Bohemian/Rock n roll style.

Kravitz’s good looks are certainly undeniable!  In July 2022, Kravitz was named one of 2022’s Most Beautiful Vegan Celebrities by Peta.  This heartthrob and four-time Grammy Award-winner, is known not only for his music but also for his personal style, which he defines as “sexy, comfortable, ethnic and sophisticated”.  He’s also known for his extensive collection of pop culture artifacts including a jumpsuit belonging to James Brown that reads “GFOS” or “Godfather of Soul”, Mohammad Ali’s boots from his last fight, which took place in The Bahamas, a pair of purple velvet pants and a feathered vest worn by Jimi Hendrix.  For Lenny Kravitz, Fashion is less about the item itself and more about the magic and history it represents.

Over the years Kravitz has made many trips to the Bahamas where he not only vacations but also has recorded at the Compass Point Studio in Nassau.  Kravitz values the Bahamas as a peaceful and sacred place, he stated “It’s here where I can listen to what I’ve been living, to what floats in the wind; here songs come to me written.”

Kravitz has spent time and written many songs in and about his hometown, and birthplace of his maternal grandfather, Inagua Island.

In 2019 The Bahamas Ministry of Tourism teamed up with Rock legend, Lenny Kravitz, for its new multi-million-dollar brand campaign, ‘Fly Away.’  He has since served as the Bahamas Ministry of Tourism’s brand ambassador.  Through his ‘Let Love Rule Foundation’, he has donated over $100.000 in food vouchers for those in need on the islands of New Providence, Grand Bahama and Eleuthera.

This world-renowned artist has not forgotten his Bahamian origin; he still takes time to support causes throughout the islands of the Bahamas. 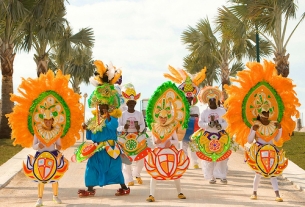