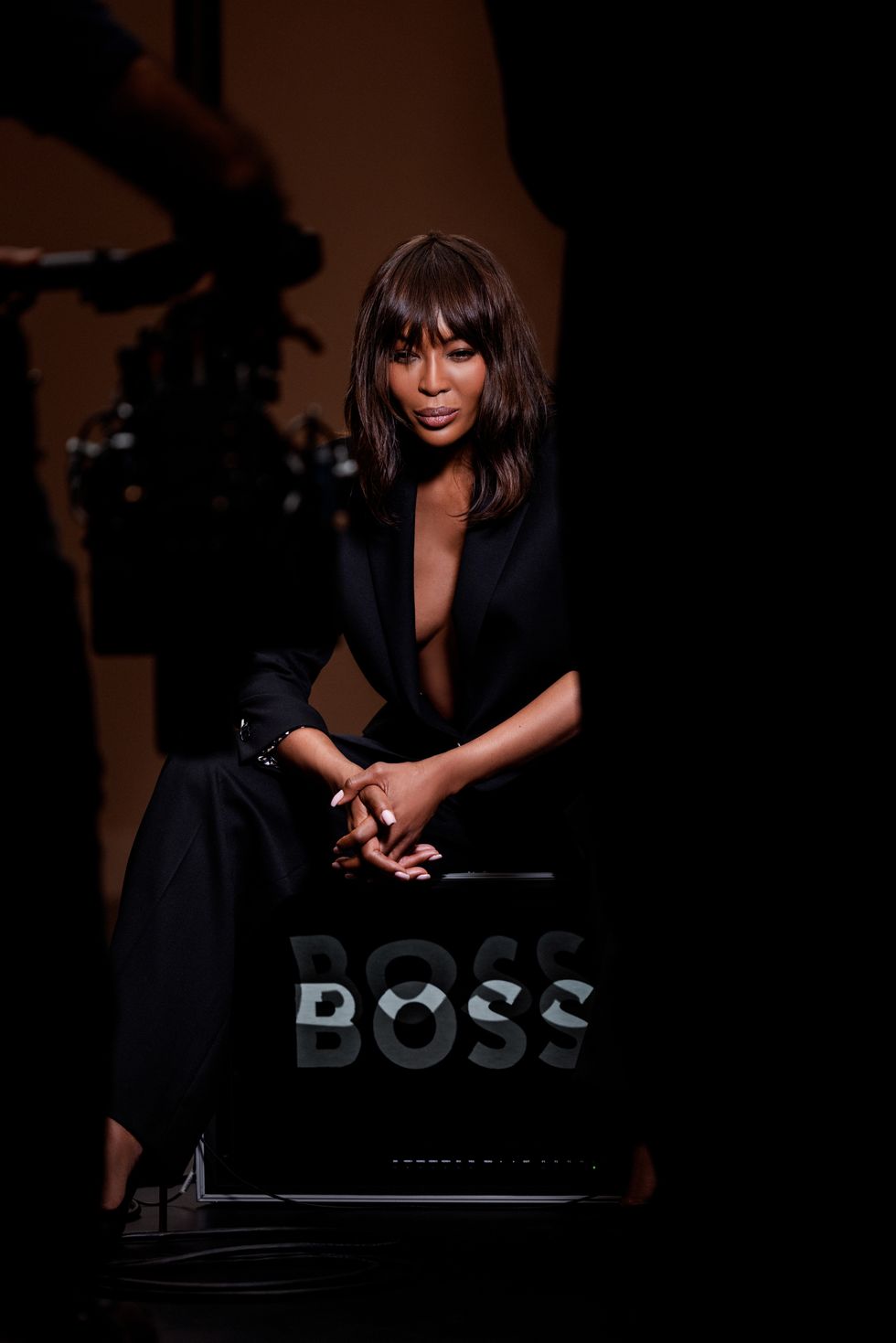 What is there to say about Naomi Campbell that hasn’t already been said? The ultra-supermodel has moved from strength to strength over the last four decades of her illustrious career, defining and redefining beauty with each new milestone. The most recent, and probably her proudest moment, is the birth of her first daughter, who she says is now her biggest inspiration and “new boss.” Campbell is many things: fierce with a capital F, fashion chameleon, mother, friend, activist, lover of life, and perhaps above all, an absolute boss, making her newest campaign with Boss a no-brainer.

Boss’ latest campaign comes fresh off the heels of its rebrand earlier this year, inviting the label’s devoted fanbase to get in its iconic outerwear, neutral color palette, and now, a refreshing take on sportswear. Alongside a cohort of names like Kendall Jenner, TikTok megastar Khaby Lame, and Italian tennis player Matteo Berrettini, Campbell shines like the boss she is in a series of photos that suggest a woman in motion, reflecting on her past yet not being defined by it, always onto the next thing. Or, as she succinctly put it via text to ELLE: “I’m not a woman trying to impress. I’m a woman trying to progress. The focus is different.” Speaking from an undisclosed chic vacation destination (naturally), Campbell was reflective and open about what it takes to be a boss, what a boss listens to, and what a boss does (and definitely doesn’t) do, below.