I think it was unfair and misleading for the Nassau Guardian to start an article about new (and legal) citizens to The Bahamas with a photo of illegal immigrants.  What should be a proud and defining moment for these new Bahamians was tarnished, intentionally or not, by them being painted as illegal immigrants.

People born in The Bahamas are consitutionally eligible to apply for Bahamian citizenship when they turn 18.

The author of the article, Candia Dames, writes that, “deciding who gets to carry the honor of being Bahamian is one of the most sacred and powerful duties of government.”

Actually, in this case, the government’s only duty is to live up to its constitutional mandate to review citizenship applications and, unless there is good reason against it, they are almost obligated to grant citizenship, as promised, to all eligible persons.

Dames also writes, “Unlike in The United States and elsewhere, babies born in The Bahamas do not automatically become citizens.”

But that is nothing to be proud of. It shows the discrimnatory, xenophobic injustice that is keeping the Bahamas from becoming a respected first world nation.  How many pregnant Bahamians scurry off to the U.S. so their babies can be born there and consequently be made U.S. citizens?

Indeed, the author is correct when she says, “The [Immigration] department ought to be applauded for improving efficiencies, and dealing with applications that were seemingly lost in the system for years.  People who qualify for citizenship ought not be disadvantaged because of public service sloth and inefficiency.”

As always, we’d love to hear your comments.

What It Means To Be “Bahamian”

Shaunae Miller Cheated When She Dived For The Gold 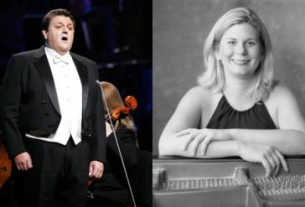 2 thoughts on “Citizenship For Votes?”