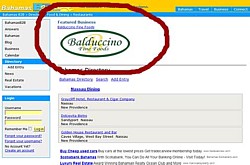 Some members of the Progressive Liberal Party (PLP) and the Democratic National Alliance (DNA) were highly critical of comments made by Haitian President Michel Martelly who visited the Bahamas to strengthen relations with his troubled country.

And radio talk shows were flooded with calls from angry Bahamians yesterday, claiming that Mr Martelly’s comments would encourage newly regularized Bahamians to vote for the Free National Movement.

During his brief visit to The Bahamas, President Martelly urged Haitian-Bahamians with the right to vote to support the party that could serve and protect their interests.

“I told them to organize themselves and identify in the upcoming elections who is on their side. That way they can become a force.  By being [unified] in the elections they might have people taking care of them… this is the democratic way,” Martelly told reporters on Wednesday.

The president also told his Haitian listeners that they have to understand they should not expect all the laws in The Bahamas to be to their advantage and he told them to continue to “respect the law of the land.”

Mr Martelly’s words and actions were not only legitimate, they were helpful and encouraging as he also promised to help curtail the flow of illegal Haitian migrants.

How that was construed to be an endorsement for the FNM, is hard to imagine.

The Haitian Embassy quickly responsed to the criticism.

“At any moment, President Martelly did not intend to interfere in any way in the internal politics of The Bahamas,” was the embassy response.

United Haitian Bahamian Association of The Bahamas Coordinator, Michael Telairin said, “The negative opinions that Bahamians have been expressing on many radio talk shows are not called for.”

The whining of the opposition parties and xenophobic Bahamians makes them all come off as hypocrites and racists.

Bradley Roberts, whose beligerance and PLP party bias is well known, said people should vote for the party that best serves the country, not a particular sect or group.

That is an odd statement coming from a high-ranking member of the PLP “tribe”, a cult-like sect of people who vote only for people who will better the lot of their cronies, with almost total disregard for Bahamians who do not pledge allegiance to the PLP.

“All for me Baby” was the selfish mantra of the PLP during the drug-fueled Pindling days.

Looking out for one’s self, and for the PLP party, has always been the PLP way.  Why suddenly is that such a terrible thing for other groups?  Perhaps because it is being suggested that people use their brain to decide for themselves, instead of blindly drinking the PLP kool-aid.

Meanwhile, Bran McCartney’s comments are downright racist.  Mr McCartney, who allegedly left the FNM because Prime Minister Ingraham refused to crucify Haitains, is a perfect example of what’s wrong with the racist, xenophobic attitude of too many Bahamians.

McCartney suggested that the Haitian president should not have been allowed to even enter the country.

Other Bahamians expressed displeasure over Mr Martelly’s comments regarding ‘stateless’ people of Haitian descent living in The Bahamas.  Even though everything he said was true, it was not what xenophobic, over-zealous Bahamian nationalists wanted to hear.

Martelly correctly pointed out that children born in The Bahamas to foreign parents do not automatically get citizenship. However, under the law, they are able to apply on their 18th birthday or in the 12-month period that follows.

Martelly said, “So until they’re 18 they don’t belong to anywhere, and yet they were born here, meaning do I have to tell anyone if you send them back to Haiti they probably don’t know anybody or won’t recognize the place where they land?

“This could be considered as a crime, but that’s not the issue to talk about crime here; the issue is to stand by them and find the right solution. Be responsible, be humans and see how to better assist these Haitians.”

It *IS* a crime according to the United Nations, whose treaties and conventions The Bahamas signs, but always fails to implement.

With his usual verbose double-speak, Opposition leader Perry Christie, who met with Mr Martelly, said it is particularly important for the PLP to establish good relations with leaders of countries that have close ties to the Bahamas.

President Martelly’s visit “provides a wonderful opportunity” to forge such a relationship, Christie said as his goons and cronies were attacking every word Mr Martelly uttered.

Christie elaborated on his solution to the problems involving Haitian migrants by saying he would establish a “bilateral commission that would meet twice a year”.  There he goes again, with the useless commissions that go nowhere.

Or, if CA Smith, our Bahamian ambassador to the United States, suggested that Bahamian-Americans vote for the U.S. party that will act in the best interest of the Bahamas, would that be criticized?

These opposition parties dug their own graves. If Haitian-Bahamians were not going to vote for the FNM, they sure will now after the immature and racist comments coming from the PLP and the DNA.

BTC Back in Government Hands? Oh, The Horror