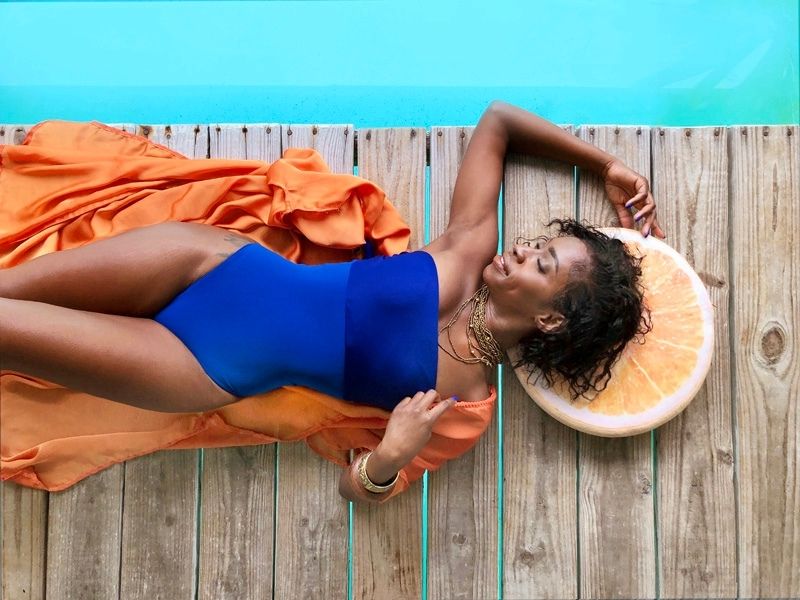 We sat down with Bahamian fashion designer and model, Mia Smith-Johnson to chat about her experiences in the industry.

Bahamas B2B: When did your fashion career begin?

Mia Smith-Johson: I began my fashion career in Nassau at age 19. It was here where I was discovered, strutting along on Bay Street. I remember being approached by a rather tall young lady who asked if I had any modeling experience; her name was Rika. She was a model at The Look Model Agency, headed by the amazing Pepper Johnson.

B2B: Tell us about your first agency experience.

MSJ: I accepted Rika’s invitation to The Look Model Agency, where I met Pepper Johnson. After having been accepted, I soon after became an instructor. While being a part of The Look Model Agency, I was privileged to take part in several local fashion shows. If I was asked where I learned my signature walk, I would say through dancing. I was a student at The National Dance School and Bahamas Dance theatre throughout high school. 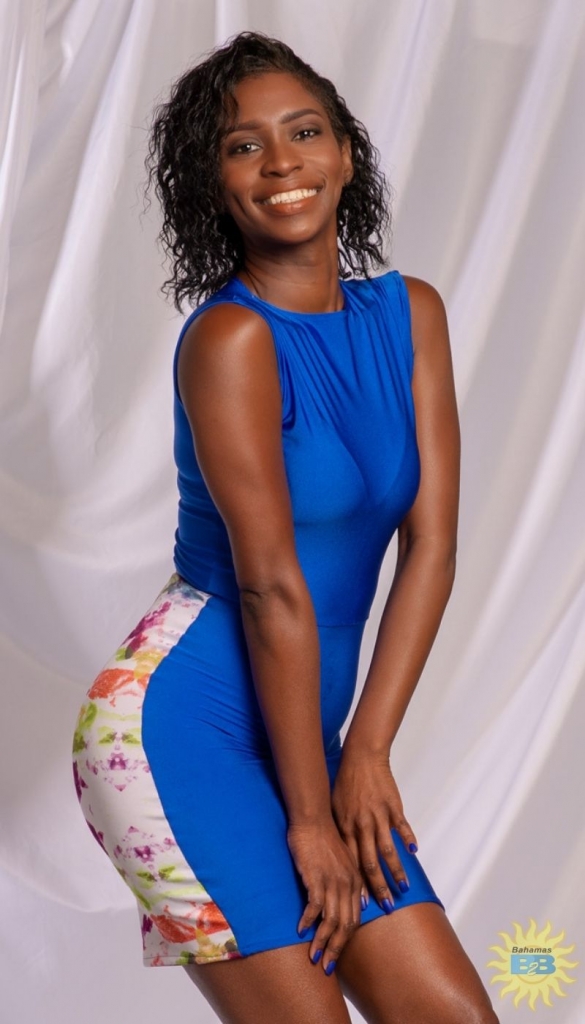 B2B: How were you inspired to do fashion design?

MSJ: I appeared on TBS television for a Caribbean fashion tour, was featured in an 8-page Norwegian Magazine spread, and won Miss Collegiate Model Bahamas. Along the way, I became the signature model for Divaís Inc. and Michelle LaNuits where I was a storefront, mannequin model, featured several times on Native Stew, and also for three years at The Bahamas Bridal Showcase. Taking on the role of Pageant coach and stylist at The Look Agency opened my eyes to the world of fashion design.

As a designer, I’ve always wanted to create pieces that were original, quick, and practical. Styling, being one of my true loves, I began styling myself along with some of The Look models in what I call, reconstructive wear. This style of fashion entailed, creating dresses, tops, skirts, or capes from a simple piece of fabric or scarf, that was either tied or pinned together.

B2B: Who taught you how to sew and to make clothing?

MSJ: I taught myself to sew and initially started sewing for myself to improve on my sewing skills, but also as a way of budgeting while building my closet. This also helped to increase my clientele, as I quickly became my own signature model. At times I would see pieces in stores or online that I would study and recreate, as a way to save on cost. This usually worked in my favor and increased my wardrobe without exceeding my fashion budget. Eventually, I developed a record at most of the local fabric stores. Having purchased fabric on a consistent basis allowed me to become eligible for an account, where I, to date, receive a fashion designer’s discount.

Being someone who may be considered frugal, I have enjoyed being able to build my closet at a very low cost, by being able to make my own pieces and receive discounts on materials. With this in mind, I have always been one to assist and encourage others including my clients, to design on a budget. I offer a service where I purchase fabrics for my clients at my discount and also assist them with having clothing and interior decor altered, and created at a cost that suits their budget. I am not afraid or hesitant to take a small loss while helping my clients to save. 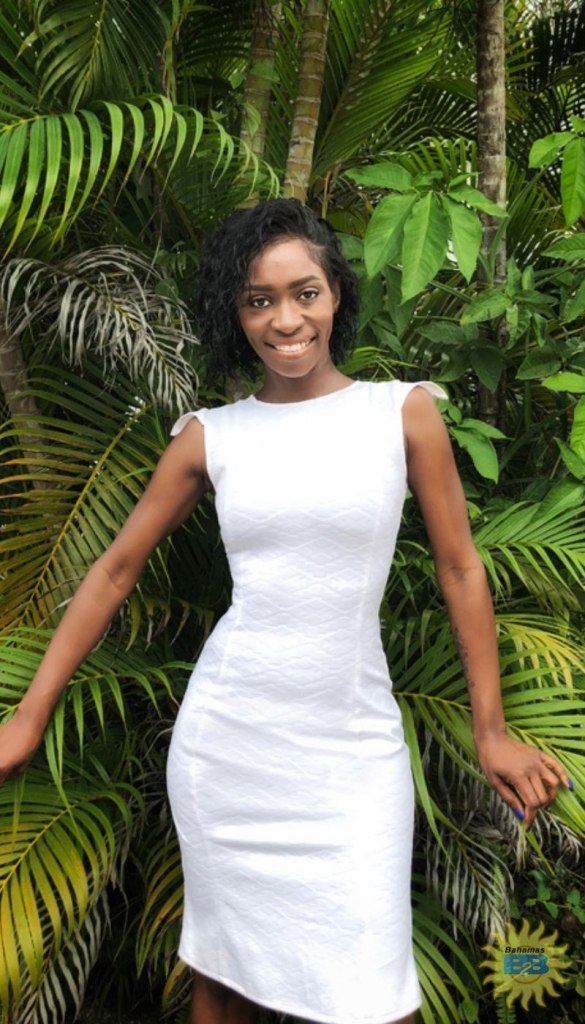 B2B: How did the experience you gained as a fashion designer open doors for you?

MSJ: While visiting a very well-known, local fashion outlet (Signature Styles), which was then located in the Palm Dale area, I was approached by the owner, Mitze Munroe. She was astounded by the way I had put together the piece that I was wearing and asked that I make something special for her. To my surprise, she opened a magazine and asked that I recreate a long-sleeved, silk top that required stitching. At this point, I had never sewn anything but even so, I said, “sure”.

B2B: How did that turn out for you?

MSJ: Not certain how I would go about this, I found a matching piece of fabric, and purchased a needle and thread, as I had no experience with a sewing machine. I took no measurements but somehow I recreated this top, by hand, and of the perfect fit. I soon began making dresses by hand, which she allowed me to sell from her Madeira store, and soon after she asked that I become her personal stylist; what a privilege this was. I quickly taught myself to use a sewing machine and to free-hand cut, and I was on my way to creating more tailored pieces and building my clientele. Mitze would call me to create pieces for her sometimes on the day of particular events. I would rush down to her store, machine in hand, and made for her whatever she wanted.

B2B: Where did your career go from there?

MSJ: After creating a name for myself in the Bahamas, I familiarized myself with persons in the local fashion industry, organized fashion shows for my brand, then called Goth Mistress, I was featured in fashion extravaganzas throughout the islands for special occasions like regattas and festivals and was eventually listed as local wardrobe stylist/costume designer.