The people of Elizabeth have spoken. While no one candidate has yet to emerge as the decisive victor, the voice of the people was loud and clear. There at least three important lessons to be learned from the Elizabeth by-election.

1. Bahamian voters are fed up with “politics as usual”.

Voter turnout for the by-election was around 64%, low for The Bahamas, where the usual turnout is over 90%. There are many reasons why people do not take the time to vote. The biggest reason is because people see no one worth voting for.

As one disillusioned non-voter told BahamasB2B, “It won’t matter which of these clowns wins the election. Nothing will change.”

Another said, “I don’t like any of the candidates, why would I waste my time voting.”

It is high time for politicians in The Bahamas to understand that they are going to have to abandon their elitist attitudes and learn to serve their masters, the citizens of The Bahamas. You can bet that the general election in 2012 will go to the party that has some real solutions to the country’s challenges, and acts to truly represent the people who elected them.

2. Independent candidates are now a formidable force in Bahamian politics. Sure, none of the independents came close to victory but they managed to siphon off enough votes from the PLP and the FNM candidates that a recount was necessary. If even a few of the voters, who voted independant, had voted PLP or FNM, there would have been a decisive victory for one of the main parties.

This is another red flag for the established parties that the days of unwavering loyalty to the PLP and FNM has come to an end. Bahamians want competent representation. They will no longer simply vote for whoever Daddy supports.

It appears that there are a good number of Bahamians who are not happy with the adminsitraton of Hubert Ingraham. ‘Hubbgity’, as he is not so affectionately called, needs to wake up and smell the coffee. The blunders that the FNM has made in it’s first two years in office had better be corrected, and the needs of the people better addressed, or there will be a change in goverment in 2012.

Meanwhile, it appears we will have to wait, at least for another day, to find out who the MP for Elizabeth will be. Then, comes the challenges and possible court battles. Democracy in action, eh? 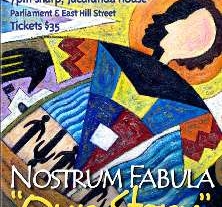 BTC Back in Government Hands? Oh, The Horror