The policeman who testified that he saw his collegues beat a prisoner to death was harrassed by defence attorneys in court yesterday.

Wily attorneys for the murderous cops questioned the key police witness in an attempt to make it look as if pressure from above, to compel the officer to tell the truth, was a bad thing.

Attorneys Wayne Munroe and Ian Cargill framed questions to make it appear that the officer was wrongly coerced into testifying against his murderous colleagues.

In fact, the testifying officer was “convinced” to come forward and do the right thing, after first deciding to sweep the murder under the rug, like the rest of the police force had done.

Both Munroe and Cargill are known for their ridiculous and illogical arguments that play on the bias and stupidity of Bahamian judges and juries.

Once, while defending nude dancers at a strip club, Munroe argued that “God made Adam and Eve naked”, so how can it be wrong to dance nude, despite the law saying that it is illegal. The ignorant judge bought the argument and the dancers were not convicted.

Constables Donovan Gardiner and Tavares Bowleg are charged with the murder of Desmond Key, who Gardiner beat to death with a baseball bat while Key was in a holding cell at the Grove police station.

The brutal murder was witnessed by another officer, PC Kevin Roberts.

Roberts admitted that, at first he didn’t want to write up a report because he was friends with Gardiner and Bowleg. But after senior officers suggested that he come clean, he decided to write the report and testify against the two murderers.

Now, Munroe and Cargill are trying to make it look as if pressure from senior cops, to act according to the law, is a bad thing.

Nobody disputes the fact that Gardiner beat Key to death. Munroe, Cargill and even the accused admit that fact.

But the attorneys have pointed out that the prosecution witness, Roberts, was also at the scene of the crime and therefore should have been charged with murder too, along with his corrupt comrades. Cargill even suggested that Roberts may only be testifying to keep from having charges leveled at him too. But it is not abnormal for witnesses to be granted immunity to testify against more guilty parties.

Of course, Roberts was a junior officer and therefore subject to orders from the higher-ranking murderous cops.

And his friendship and loyalty to the “blue code” made him look the other way at first.

But having the courage to finally step forward to right a wrong, to expose a gross injustice, even if he had to be “pressured” to do so, should be rewarded, not derided.

Bahamian courts make a mockery of justice and blur the lines between right and wrong. No wonder this country is so fouled up.

Please tell me what you think. 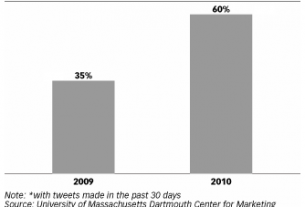 Putting Bahamians Back to Work

Why The FNM Lost The 2012 Election