Sharon Stone would call it karma, after a transformer explosion knocked a Houston datacenter offline, taking down dozens of Bahamian spammer’s websites.

We wondered why we only received few pieces of spam email this morning.

Later, we read in the news that the Planet datacenter in Houston, Texas exploded, knocking down three walls and causing a fire in the electrical equipment room.

Luckily, there were no injuries.

“Three walls of the electrical equipment room on the first floor blew several feet from their original position, and the underground cabling that powers the first floor of H1 was destroyed.”

And the world is a better place as a result. Because the Planet is perhaps the largest source of spam and website attacks in the United States.

The Bahamian mafia uses Planet servers to attack this site and other websites that portray less than flattering reviews of The Bahamas.

About 3,000 servers affected by the explosion may be in for some serious downtime. Erwin said “the damage there was far more extensive, and we have a bigger challenge” to get them running again. 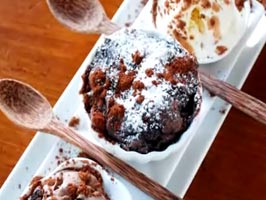